Jim Jamison studied Law at the University of Cambridge, and spent his early career at a 'Magic Circle' firm in the City of London before being posted to Asia. In 2000 he became a partner in his firm, and worked for 11 years in its Hong Kong office and for 4 years in its Tokyo office, where he led its Asia arbitration practice. In 2011 Deloitte, a former client, appointed him as its General Counsel, a role which he still retains on a part-time basis.

Jim is a litigation and arbitration lawyer, with a particular focus on the financial and professional services industries. He has also done significant work in the field of employment law. He has been involved on some of the most high profile litigation cases of his time in Hong Kong, including the collapse of Peregrine and the Nina Wang litigation, and has been instructed by many leading corporates and financial institutions in the region.

Jim has served as a Council Member of the Law Society of Hong Kong, a director of the Solicitors' Indemnity Fund, the Chairman of its Claims Committee, and a director and council member of the Hong Kong International Arbitration Centre. 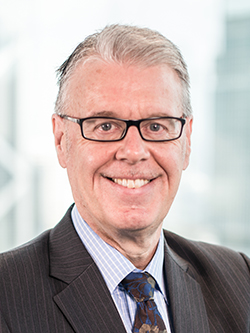